Central Bristol Through the Ages

indgår i serie Through the Ages 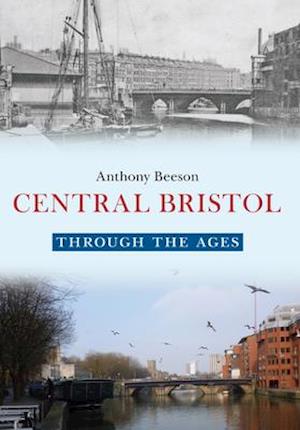 Bristol, 'Queen of the West Country', is a city founded on manufacturing and trade. Once described as producing within its bounds every daily necessity required in life, its merchants were mocked by outsiders for lives dominated by a rage for profit. It was a city in which grandeur lived cheek by jowl with poverty and pollution, and dangerous industry with domesticity.Old and modern Bristol are described here in drawings, paintings and photographs (many previously unpublished from the author's collection and those of the Bristol Central Reference Library), in a volume that complements the author's previous book for Amberley on Central Bristol.The book is arranged as a series of textual and visual peregrinations around Bristol and its main arterial routes, and documents some of the myriad changes that have occurred in the city's evolution over the last few centuries.

Forfattere
Bibliotekernes beskrivelse This fascinating new selection of photographs traces some of the many ways in which Central Bristol has changed and developed over the last century. 180 Illustrations, unspecified