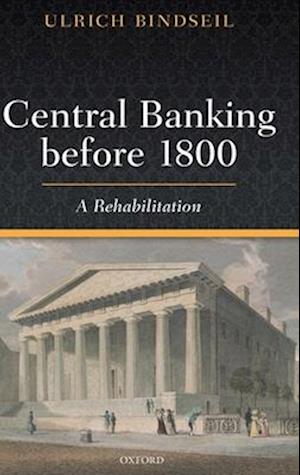 Nuclear weapons have not been used in anger since the United States dropped atomic bombs on Hiroshima and Nagasaki in August 1945. Yet even after the Cold War, the Bomb is still the greatest threat facing humankind. As President Bill Clinton's first secretary of defence, Les Aspin, put it: 'The Cold War is over, the Soviet Union is no more. But the post-Cold War world is decidedly not post-nuclear'. For all the efforts to reduce nuclear stockpiles, the Bomb is hereto stay.This Very Short Introduction looks at the science of nuclear weapons and how they differ from conventional weapons. Tracing the story of the nuclear bomb, Joseph Siracusa chronicles the race to acquire the H-bomb, a thermonuclear weapon with revolutionary implications; and the history of early arms control, nuclear deterrence, and non-proliferation. He also tracks the development of nuclear weapons from the origins of the Cold War in 1945 to the end of Moscow-dominated Communism in1991, and examines the promise and prospect of missile defence, including Ronald Reagan's 'Star Wars' and George W. Bush's National Missile Defence. This third edition includes a new chapter on the development of nuclear weapons and the policies they have generated since the end of the Cold War.ABOUT THE SERIES: The Very Short Introductions series from Oxford University Press contains hundreds of titles in almost every subject area. These pocket-sized books are the perfect way to get ahead in a new subject quickly. Our expert authors combine facts, analysis, perspective, new ideas, and enthusiasm to make interesting and challenging topics highly readable.This volume examines the concept of 'word' in its many guises and across many languages. 'Word' is a cornerstone for the understanding of any language: it is a pronounceable phonological unit; it has a meaning and a morphological structure and syntactic function; and it exists as a dictionary entry and an orthographic item. Speakers also understand 'word' as a psychological reality: they can talk about the meaning of a word and its suitability in certain socialcontexts. However, the relationship between the phonological word and grammatical word can be more complex, in that a phonological word can consist of more than one grammatical word, or vice versa. Following an introduction outlining the parameters of variation for phonological word and grammatical word,the chapters in this volume explore how the concept of 'word' can be applied to languages of diverse typological make-up, from the highly synthetic to highly analytic. The data are drawn from languages of Australia and the Pacific (Fijian, Yalaku, Yidin), the Americas (Chamacoco, Murui, Jarawara), Asia (Hmong, Japanese, Lao), and Africa (Makary Kotoko), with a final chapter that investigates the properties of 'word' from a cross-linguistic perspective. The volume advances our understandingof what constitutes a word, and will be a valuable resource for scholars and students of typology, linguistic anthropology, phonology, and grammar.Although central banking is today often presented as having emerged in the nineteenth or even twentieth century, it has a long and colourful history before 1800, from which important lessons for today's debates can be drawn. While the core of central banking is the issuance of money of the highest possible quality, central banks have also varied considerably in terms of what form of money they issued (deposits or banknotes), what asset mix they held (precious metals,financial claims to the government, loans to private debtors), who owned them (the public, or private shareholders), and who benefitted from their power to provide emergency loans. Central Banking Before 1800: A Rehabilitation reviews 25 central banks that operated before 1800 to provide newinsights into the financial system in early modern times.Central Banking Before 1800 rehabilitates pre-1800 central banking, including the role of numerous other institutions, on the European continent. It argues that issuing central bank money is a natural monopoly, and therefore central banks were always based on public charters regulating them and giving them a unique role in a sovereign territorial entity. Many early central banks were not only based on a public charter but were also publicly owned and managed, and had well definedpolicy objectives. Central Banking Before 1800 reviews these objectives and the financial operations to show that many of today's controversies around central banking date back to the period 1400-1800.

Forfattere
Bibliotekernes beskrivelse Nuclear Weapons are the most deadly weapon ever invented. This Very Short Introduction discusses the history and politics of nuclear weapons since their development in the 1940s. It describes the successes and failures of treaties that have aimed for their control and reduction, and their impact on international relations today.This volume examines the concept of 'word' as a phonological unit and as an item with both meaning and grammatical function. The chapters explore how this concept can be