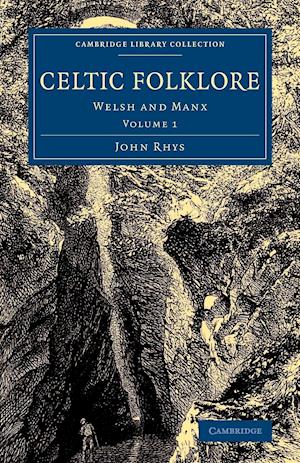 John Rhys (1840-1915), the son of a Welsh farmer, studied at Oxford and in Germany, and became the first professor of Celtic languages at Oxford in 1877. His research ranged across the fields of linguistics, history, archaeology, ethnology and religion, and his many publications were instrumental in establishing the field of Celtic studies. This two-volume work, published in 1901, had its beginnings in the late 1870s, when Rhys began collecting Welsh folk tales. His entertaining preface sheds light on folklore fieldwork and its difficulties, including fragmentary evidence, alteration of stories by those interviewed, and the hostility of the religious and educational establishment to 'superstition'. Volume 1 begins with these stories; for each text, Rhys provides fascinating information about his sources, and an English translation. Later chapters present comparative material, focusing particularly on the Isle of Man, and a detailed account of Welsh legends and customs associated with wells.