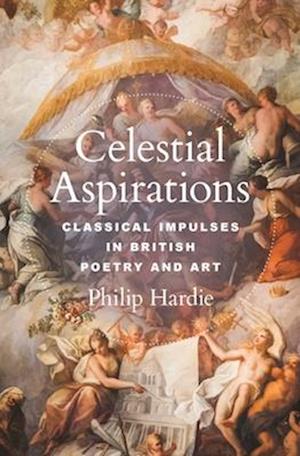 A unique look at how classical notions of ascent and flight preoccupied early modern British writers and artistsBetween the late sixteenth century and early nineteenth century, the British imagination-poetic, political, intellectual, spiritual and religious-displayed a pronounced fascination with images of ascent and flight to the heavens. Celestial Aspirations explores how British literature and art during that period exploited classical representations of these soaring themes-through philosophical, scientific and poetic flights of the mind; the ascension of the disembodied soul; and the celestial glorification of the ruler.From textual reachings for the heavens in Spenser, Marlowe, Shakespeare, Donne and Cowley, to the ceiling paintings of Rubens, Verrio and Thornhill, Philip Hardie focuses on the ways that the history, ideologies and aesthetics of the postclassical world received and transformed the ideas of antiquity. In England, narratives of ascent appear on the grandest scale in Milton's Paradise Lost, an epic built around a Christian plot of falling and rising, and one of the most intensely classicizing works of English poetry. Examining the reception of flight up to the Romanticism of Wordsworth and Tennyson, Hardie considers the Whig sublime, as well as the works of Alexander Pope and Edward Young. Throughout, he looks at motivations both public and private for aspiring to the heavens-as a reward for political and military achievement on the one hand, and as a goal of individual intellectual and spiritual exertion on the other.Celestial Aspirations offers an intriguing look at how creative minds reworked ancient visions of time and space in the early modern era.