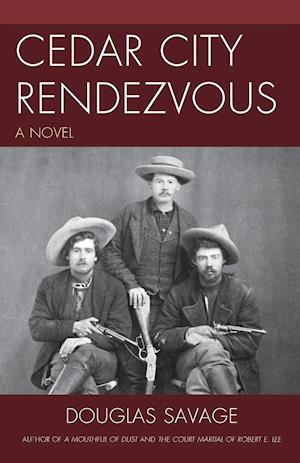 Most folks would not trifle with the Hart brothers. Such folks walked. Some folks did not know better. They are planted-not so deep as to keep the cold of the high country from their bones, but deep enough to keep the wolves from their place of repose. That would do.They were well known as gun men, as shootists, as bounty hunters. Their first loyalty was for each other. Their honor was kept for themselves. Wherever they rode the people knew them and their deadly skills.The Hart brothers were going to the Cedar City Rendezvous.The territory was infested with renegades and outlaws; nearly all of them far less honorable and far more rapacious than the very capable Hart brothers. Death and rape and robbery seemed to come out of the ground with the rippling heat like surf against a shore. There seemed to be little that the law and decent citizens could do to stem the tide . . . Until the sheriff of Cedar City, Utah Territory, decided to let the criminal element take care of itself and sent out invitations to the Rendezvous. Hundreds of killers showed up. "You are all here by invitation. There be five miles 'tween here and town. The object is for you to get from here to there . . . alive enough to claim the fortune in gold. Those of you what make it that far will get an equal share. And the Governor's unconditional pardon goes with the loot."A murmur ran thorough the great company armed to its blackened teeth, Some of the shootists thought of saloons and every painted woman between Memphis and Frisco. The Hart Brothers thought of fertile farm land where a body could take root and grow along with crops and children: "Men, the rules be simple: Every man for hisself from here to the edge of town. You have until I get to town to find your place and cover. When I signal with my rifle, this shoot starts!" Before the sheriff was out of sight, the throng exploded in all directions toward rocky hills, scrub brush cover, and small box canyons.For fifteen long minutes there was silence.Then a shot rolled lazily through the stifling heat. A heartbeat later, the thin air erupted with musketry. In the first moments of the Cedar City Rendezvous, a dozen men fell from their saddles and dropped to the salty ground.