Caves and the Ancient Greek Mind

- Descending Underground in the Search for Ultimate Truth 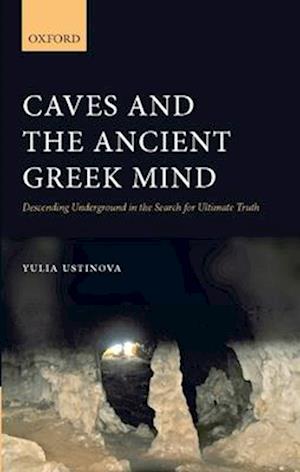 Caves and the Ancient Greek Mind analyses techniques of searching for ultimate wisdom in ancient Greece. The Greeks perceived mental experiences of exceptional intensity as resulting from divine intervention. They believed that to share in the immortals' knowledge, one had to liberate the soul from the burden of the mortal body by attaining an altered state of consciousness, that is, by merging with a superhuman being or through possession by a deity. Thesestates were often attained by inspired mediums, `impresarios of the gods' - prophets, poets, and sages - who descended into caves or underground chambers. Yulia Ustinova juxtaposes ancient testimonies with the results of modern neuropsychological research. This novel approach enables an examination ofreligious phenomena not only from the outside, but also from the inside: it penetrates the consciousness of people who were engaged in the vision quest, and demonstrates that the darkness of the caves provided conditions vital for their activities.

Forfattere
Bibliotekernes beskrivelse A study of the way in which poets, priests, and sages sought for wisdom in ancient Greece by descending into caves or underground chambers. Yulia Ustinova offers a novel approach by juxtaposing ancient testimonies with the results of modern neuropsychological research.