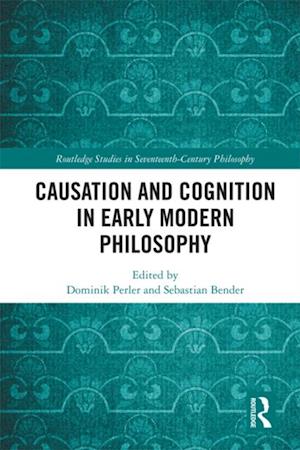 This book re-examines the roles of causation and cognition in early modern philosophy. The standard historical narrative suggests that early modern thinkers abandoned Aristotelian models of formal causation in favor of doctrines that appealed to relations of efficient causation between material objects and cognizers. This narrative has been criticized in recent scholarship from at least two directions. Scholars have emphasized that we should not think of the Aristotelian tradition in such monolithic terms, and that many early modern thinkers did not unequivocally reduce all causation to efficient causation.In line with this general approach, this book features original essays written by leading experts in early modern philosophy. It is organized around five guiding questions:What are the entities involved in causal processes leading to cognition?What type(s) or kind(s) of causality are at stake? Are early modern thinkers confined to efficient causation or do other types of causation play a role?What is God's role in causal processes leading to cognition?How do cognitive causal processes relate to other, non-cognitive causal processes?Is the causal process in the case of human cognition in any way special? How does it relate to processes involved in the case of non-human cognition?The essays explore how fifteen early modern thinkers answered these questions: Francisco Surez, Ren Descartes, Louis de la Forge, Graud de Cordemoy, Nicolas Malebranche, Thomas Hobbes, Baruch de Spinoza, Gottfried Wilhelm Leibniz, Ralph Cudworth, Margaret Cavendish, John Locke, John Sergeant, George Berkeley, David Hume, and Thomas Reid. The volume is unique in that it explores both well-known and understudied historical figures, and in that it emphasizes the intimate relationship between causation and cognition to open up new perspectives on early modern philosophy of mind and metaphysics.