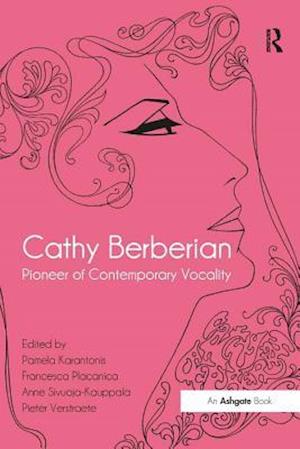 Cathy Berberian (1925-1983) was a vocal performance artist, singer and composer who pioneered a way of composing with the voice in the musical worlds of Europe, North America and beyond. As a modernist muse for many avant-garde composers, Cathy Berberian went on to embody the principles of postmodern thinking in her work, through vocality. She re-defined the limits of composition and challenged theories of the authorship of the musical score. This volume celebrates her unorthodox path through musical landscapes, including her approach to performance practice, gender performativity, vocal pedagogy and the culturally-determined borders of art music, the concert stage, the popular LP and the opera industry of her times. The collection features primary documentation-some published in English for the first time-of Berberian's engagement with the philosophy of voice, new music, early music, pop, jazz, vocal experimentation and technology that has come to influence the next generation of singers such as Theo Bleckmann, Susan Botti, Joan La Barbara, Rinde Eckert Meredith Monk, Carol Plantamura, Candace Smith and Pamela Z. Hence, this timely anthology marks an end to the long period of silence about Cathy Berberian's championing of a radical rethinking of the musical past through a reclaiming of the voice as a multifaceted phenomenon. With a Foreword by Susan McClary.