Catholic Royalism in the Department of the Gard 1814-1852 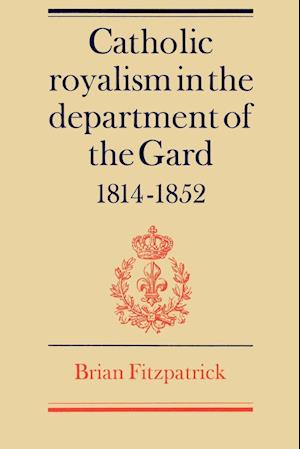 The Gard in southern France was the scene of extensive bloodshed in 1790, when opponents of the Revolution tried unsuccessfully to prevent change, and again in 1815, when they sought revenge through a carefully prepared White Terror. The revolutions of 1830 and 1848 also provoked violent conflict in the Gard, and even when the department appeared to enjoy tranquillity, political and social relations there were soured by intimidation and fear. This study shows how the royalist counter-revolutionaries were able to polarise opinion by emphasising the Protestantism of their opponents. Anti-Protestant sentiment, accentuated by the association of Protestants with the political and economic institutions of the Revolution and Empire, produced a counter-revolutionary movement in which local considerations predominated. The Catholic royalist leaders' ambition to achieve maximum autonomy for their particular royaume du Midi brought them into conflict not only with central government but also with their proclaimed loyalty to the Bourbons.