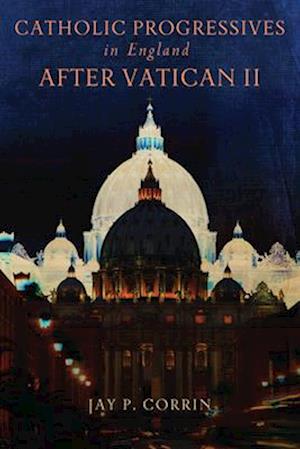 In Catholic Progressives in England after Vatican II, Jay P. Corrin traces the evolution of Catholic social and theological thought from the end of World War II through the 1960s that culminated in Vatican Council II. He focuses on the emergence of reformist thinking as represented by the Council and the corresponding responses triggered by the Church's failure to expand the promises, or expectations, of reform to the satisfaction of Catholics on the political left, especially in Great Britain. The resistance of the Roman Curia, the clerical hierarchy, and many conservative lay men and women to reform was challenged in 1960s England by a cohort of young Catholic intellectuals for whom the Council had not gone far enough to achieve what they believed was the central message of the social gospels, namely, the creation of a community of humanistic socialism. This effort was spearheaded by members of the English Catholic New Left, who launched a path-breaking journal of ideas called Slant. What made Slant revolutionary was its success in developing a coherent philosophy of revolution based on a synthesis of the "New Theology" fueling Vatican II and the New Left's Marxist critique of capitalism. Although the English Catholic New Left failed to meet their revolutionary objectives, their bold and imaginative efforts inspired many younger Catholics who had despaired of connecting their faith to contemporary social, political, and economic issues. Corrin's analysis of the periodical and of such notable contributors as Terry Eagleton and Herbert McCabe explains the importance of Slant and its associated group within the context of twentieth-century English Catholic liberal thought and action.