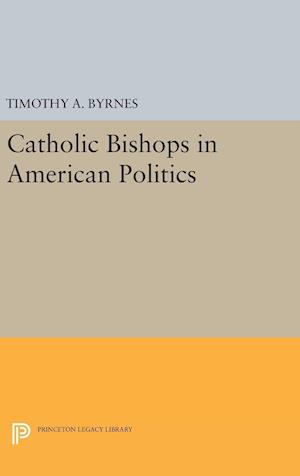 Over the past twenty years the American Catholic bishops have played a leading role in the antiabortion movement, published lengthy and highly detailed pastoral letters on nuclear weapons and on the American economy, and involved themselves, collectively and individually, in several national election campaigns. What is the source of the sometimes controversial political role of these religious leaders? Timothy Byrnes proposes a new answer in this lucid description of the National Conference of Catholic Bishops and its activities. He demonstrates that the key to the political role of the bishops and other modern American religious leaders has been political change, rather than religious revival. Originally published in 1991. The Princeton Legacy Library uses the latest print-on-demand technology to again make available previously out-of-print books from the distinguished backlist of Princeton University Press. These editions preserve the original texts of these important books while presenting them in durable paperback and hardcover editions.The goal of the Princeton Legacy Library is to vastly increase access to the rich scholarly heritage found in the thousands of books published by Princeton University Press since its founding in 1905.