- Inside the Investigation Into Ireland's Most Notorious Murder 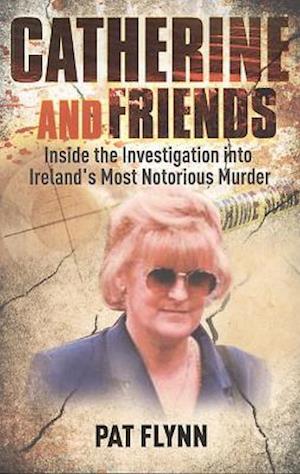 The trial and conviction of Catherine Nevin for her role in the murder of her husband Tom monopolized the attention of the country for weeks. It was the main topic of conversation in pubs, homes and workplaces as newspapers daily carried new and salacious details of the "Black Widow's" scheming, as well as images of her glamorous and expansive wardrobe, on their front pages. In the days before murders became a daily occurrence in Ireland, the allegations of contract killers, extramarital affairs, fraud and involvement with Republican organizations seemed better suited to the big screen than a small town pub. Pat Flynn led the investigation against Catherine, a woman whom he had encountered several times before these events unfolded. He had witnessed her fabricate accusations of sexual abuse against his Garda colleagues while she continued to enthrall his superior officers and Judge O'Buachalla. He describes how holes in her version of the events on the night of the murder were found, along with evidence of how she had been plotting for years to have her husband murdered. Flynn also reported Judge O'Buachalla for granting Catherine the license for the pub solely in her name through irregular channels, after she had been charged with murder and as rumors of an affair between them had become rife. Although O'Buachalla was discussed in the D il and a judicial investigation ordered, the results were never publicized, despite promises to the contrary from the then Minister for Justice, and the judge continued to sit in court. For a man who spent his working life enforcing the law, this could not be allowed to pass without at least an official explanation. Catherine and Friends presents the complete truth behind the infamous "Black Widow" and how ultimately, no amount of scheming thwarted Pat Flynn's search for answers.

Forfattere
Bibliotekernes beskrivelse The story of the investigation and trial of the infamous Nevin murder, told by the Garda superintendent Pat Flynn who was in charge of the case, with details of his efforts to publicize reports on Judge Donnacha O'Buachalla, investigated for his preferential treatment of Catherine Nevin.