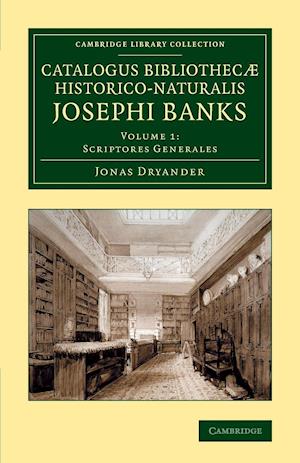 Following his stint as the naturalist aboard the Endeavour on James Cook's pioneering voyage, Sir Joseph Banks (1743-1820) became a pre-eminent member of the scientific community in London. President of the Royal Society from 1778, and a friend and adviser to George III, Banks significantly strengthened the bonds between the practitioners and patrons of science. Between 1796 and 1800, the Swedish botanist and librarian Jonas Dryander (1748-1810) published this five-volume work recording the contents of Banks' extensive library. The catalogue was praised by many, including the distinguished botanist Sir James Edward Smith, who wrote that 'a work so ingenious in design and so perfect in execution can scarcely be produced in any science'. Volume 1 (1798) lists books pertaining to various branches of science, including accounts in a multitude of languages from scientific institutions all over the world.