- and the Aesthetic Conquest of Nature 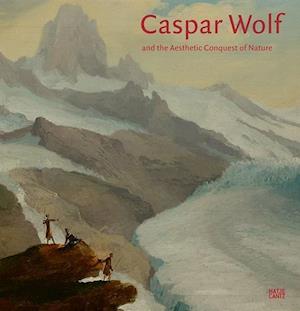 The notion of the Alps as a magnificent natural spec-tacle is surprisingly recent. It was not until the eigh-teenth century that its craggy mountain ridges began to be seen as "sublime" and beautiful. The Swiss landscape painter Caspar Wolf (1735-1783) was one of the first to discover the then largely unexplored world of the Alps as a subject of art through his ex-tended forays into the mountains. Trained in south-ern Germany and Paris, Wolf was commissioned to produce a comprehensive series on the Swiss Alps, which he completed between 1773 and 1779. Working in his studio, the artist created some 180 imposing paintings from nature studies done outdoors. The publication demonstrates how he conveyed what he had seen according to his aesthetic criteria. In his dra-matic compositions, paths are blocked by immense boulders, roaring streams of water, and glaciers, or the view opens up to reveal giant panoramas, which are observed by tiny, awestruck human figures. (German edition ISBN 978-3-7757-3832-3) Ausstellung/Exhibition: Kunstmuseum Basel 19.10.2014-1.2.2015