- With an Introduction by Matthew Watson 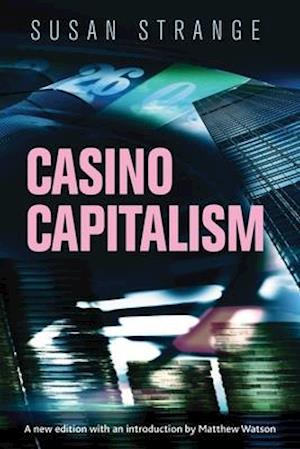 Originally released by Basil Blackwell in 1986, and then re-released by Manchester University Press in 1998, Casino capitalism is a cutting-edge discussion of international financial markets, the way they behave and the power they wield. It examines money's power for good as well as its terrible disruptive, destructive power for evil. Money is seen as being far too important to leave to bankers and economists to do with as they think best. The raison d'etre of Casino capitalism is to expose the development of a financial system that has increasingly escaped the calming influences of democratic control. This new edition includes a powerful new introduction provided by Matthew Watson that puts the book it in its proper historical context, as well as identifying its relevance for the modern world. It will have a wide reaching audience, appealing both to academics and students of economics and globalization as well as the general reader with interests in capitalism and economic history. -- .

Forfattere
Bibliotekernes beskrivelse A classic in the field of political economy, reissued here with a new, incisive introduction. The global financial crisis that Strange predicted in her work has now taken place, and to a large extent is still happening. -- . Illustrations, black & white|Tables