Case with No Conclusion 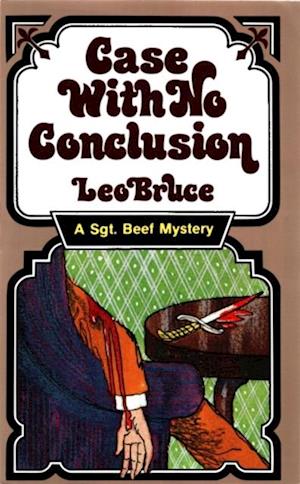 Once again Lionel Townsend, Beef's Dr. Watson, faithfully records the redoubtable Sergeant's escapades. Beef has left the Braxham police and gone into business for himself. Beef gets a client: Stewart Ferrars, who has been arrested for the Sydenham Murder. Beef is hired by Stewart's brother Peter to prove Stewart is innocent of the murder of Dr. Benson, who has been found stabbed in the throat in the library of Peter's gloomy Victorian mansion, The Cypresses. An ornamental dagger with Peter's fingerprints on it has been left on a table near the dead man's armchair.