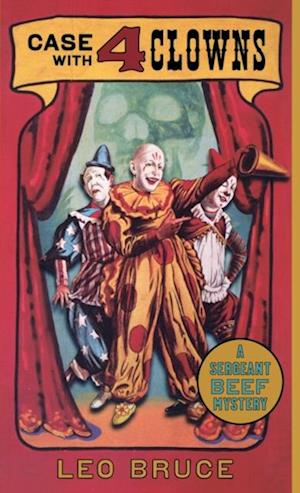 One of the rarest mysteries in the author's Sergeant Beef series, Case with Four Clowns , which has only been published once in the US--more than fifty years ago - is now available in paperback for the first time. It is regarded by critics as one of Leo Bruce's most baffling mysteries. A murder is yet to be committed--that much is certain--but who will be the victim? And who will be the murderer? It is Sgt. Beef's job to discover these facts, if he can, in time to prevent the deed from being done. But when he reaches the small traveling circus where the murder is to take place, he finds that practically everyone there is seething with hatred, each has a motive which might make him a killer; and any one of a dozen people could easily be the victim. The doughty Sgt. Beef has broken some pretty tough cases, and this one--with mystery entagled within mystery--stirs the bulldog within him. The clues are there, but unless the reader is very astute, he or she will overlook them; but Sgt. Beef misses nothing.