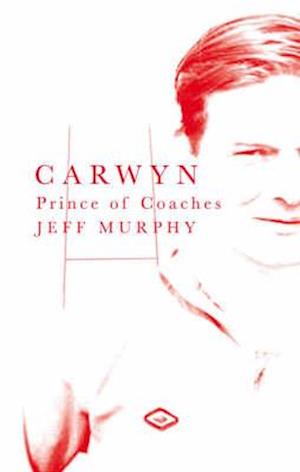 Carwyn James is the only man to have coached a British and Irish Lions rugby touring team to victory against the All Blacks in New Zealand. He has been described as the greatest rugby coach the sport has seen and his '15-man rugby' philosophy set the sporting world alight on an amazing tour of New Zealand in 1971. James was also a great Welsh club coach and steered Llanelli to victory after victory, but his life was not entirely dominated by the sport. He was a prominent member of the Welsh nationalist party - Plaid Cymru - as well as a poet, eminent broadcaster and journalist.But, as this intimate biography reveals, James developed alcohol problems, his sexual orientation became a subject of innuendo and gossip, and he suffered various health problems. His mysterious death in a nondescript Amsterdam hotel in January 1983 left many questions unanswered. In "Carwyn: Prince of Coaches", Jeff Murphy sets out to unravel some of the mysteries behind the man. The results are startling and explosive and are sure to shock and intrigue.