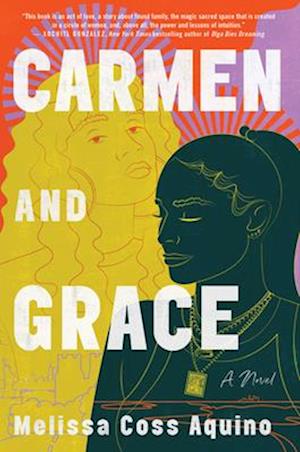 An emotionally riveting coming-of-age drama about two cousins lured into the underground drug trade at a young age and the inextricable ties that bind them, as one woman seeks power and the other seeks a way out--the debut of a vibrant and stunningly original new voice in fiction.

Carmen and Grace have been inseparable since they were little girls--more like sisters than cousins, survivors of a childhood marked by neglect and addiction and a system that never valued them. For too long, all they had was each other. That is, until Do?a Durka swept into their lives and changed everything, taking Grace into her home, providing stability and support, and playing an outsize role in Carmen's upbringing too.

Durka is more than a beneficent force in their Bronx neighborhood, though. She's also the leader of an underground drug empire, a larger-than-life matriarch who understands the vital importance of taking what power she can in a world too often ruled by violent men. So, when Durka dies suddenly under mysterious circumstances, Carmen and Grace's lives are thrown into chaos. Grace has been primed to take over and has grand plans to expand the business. While Carmen is ready to move on--from the shadow of Durka and her high expectations and, most of all, from always looking over her shoulder in fear. She's also harboring a secret: she's pregnant and starting to show, and desperate to build a new life before the baby arrives.

But how can Carmen leave the only family she's ever known--this tight sisterhood of women known as the D. O. D., a group of lost girls turned skilled professionals under Durka's guiding hand, all bonded in their spirituality and merciless support for one another--especially now, when outside threats are circling, and Grace's plans are speeding recklessly forward?

As tough and tender as its main characters, Carmen and Grace will grab readers from the first page with its raw beauty, depth of feeling, and heart-pounding plot. A moving meditation on the choices of women and the legacy of violence, it's a devastatingly wise and intimate story about the bonds of female friendship, ambition, and found family.