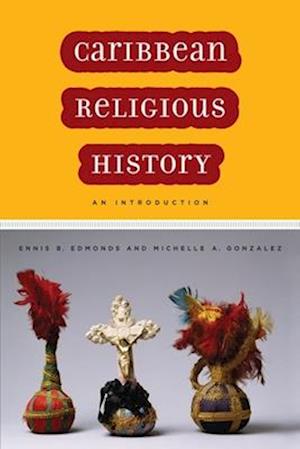 The colonial history of the Caribbean created a context in which many religions, from indigenous to African-based to Christian, intermingled with one another, creating a rich diversity of religious life. Caribbean Religious History offers the first comprehensive religious history of the region.

Ennis B. Edmonds and Michelle A. Gonzalez begin their exploration with the religious traditions of the Amerindians who flourished prior to contact with European colonizers, then detail the transplantation of Catholic and Protestant Christianity and their centuries of struggles to become integral to the Caribbean's religious ethos, and trace the twentieth century penetration of American Evangelical Christianity, particularly in its Pentecostal and Holiness iterations. Caribbean Religious History also illuminates the influence of Africans and their descendants on the shaping of such religious traditions as Vodou, Santeria, Revival Zion, Spiritual Baptists, and Rastafari, and the success of Indian indentured laborers and their descendants in reconstituting Hindu and Islamic practices in their new environment.

Paying careful attention to the region's social and political history, Edmonds and Gonzalez present a one-volume panoramic introduction to this religiously vibrant part of the world.