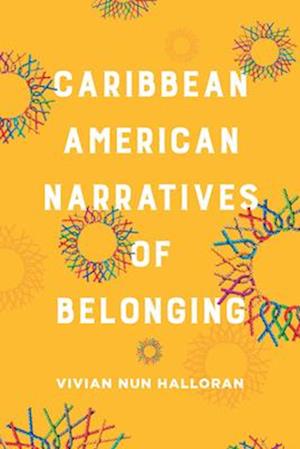 In Caribbean American Narratives of Belonging, Vivian Nun Halloran analyzes memoirs, picture books, comic books, young adult novels, musicals, and television shows through which Caribbean Americans recount and celebrate their contributions to contemporary politics, culture, and activism in the United States. The writers, civil servants, illustrators, performers, and entertainers whose work is discussed here show what it is like to fit in and be included within the body politic. From civic memoirs by Sonia Sotomayor and others, to West Side Story, Hamilton, and Into the Spider-Verse, these texts share a forward-looking perspective, distinct from the more nostalgic rhetoric of traditional diasporic texts that privilege connections to the islands of origin.

There is no one way of being Caribbean. Diasporic communities exhibit a broad spectrum of ethnic, racial, religious, linguistic, and political qualities. Claiming a Caribbean American identity asks wider society to recognize and affirm hybridity in ways that challenge binaristic conceptions of race and nationality. Halloran provides a common language and critical framework to discuss the achievements of members of the Caribbean diaspora and their considerable cultural and political capital as evident in their contributions to literature and popular culture.