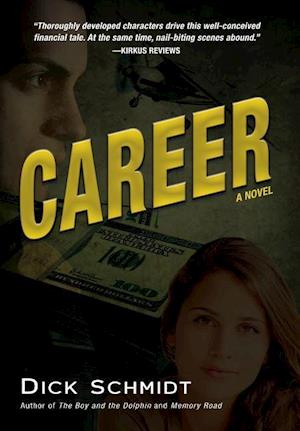 As the only member of his family to break out of the refugee culture of the Mariel Boatlift arrivals in the U.S., Jorge Gonzalez is the pride of his community. However, his successful career as a CPA is trashed when a client diverts hundreds of millions of dollars from his business in a sophisticated financial scheme, fakes his own death, and prepares to leave the country to join the money he has stolen. With the help of his romantic interest, Jorge searches for the thief concurrently with a mob boss who has also uncovered the fraud. The contest is on--who will find the bad guy first and how will it resolve?

Set in South Florida during the 2008 monetary crisis, Career delves into the financial world where Adam Schaeffer manages to use a complex series of derivatives to divert hundreds of millions in pension fund monies to his personal European accounts. As the innocent victim of Schaeffer's crime, Jorge Gonzalez is left to fend for himself with the help of a beautiful Jewish girl to catch his nemesis and bring him to justice before an organized crime boss can intercede. This page-turning story is sprinkled with colorful characters, ranging from an island vagabond to a Vietnam veteran.