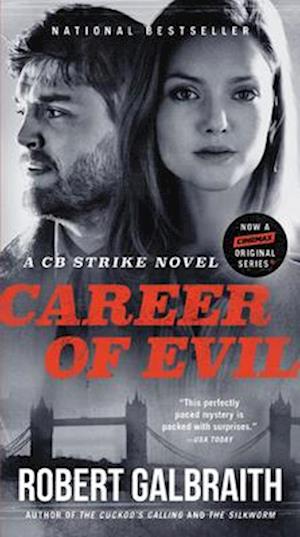 The #1 internationally bestselling series is soon to be a major TV series on HBO.

"The third--and best--novel in the engaging Cormoran Strike private detective series... Galbraith has] invented a serial killer for the ages, one who chills us from the book's grim but riveting opening... This perfectly paced mystery is packed with surprises." - USA Today

When a mysterious package is delivered to Robin Ellacott, she is horrified to discover that it contains a woman's severed leg. Her boss, private detective Cormoran Strike, is less surprised but no less alarmed. There are four people from his past who he thinks could be responsible--and Strike knows that any one of them is capable of sustained and unspeakable brutality.

With the police focusing on one of the suspects, Strike and Robin delve into the dark and twisted worlds of the other three men. But as more horrendous acts occur, time is running out for the two of them...