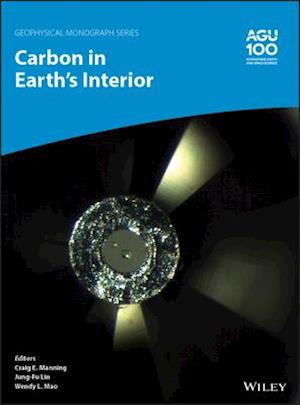 Carbon in Earth's fluid envelopes - the atmosphere, biosphere, and hydrosphere, plays a fundamental role in our planet's climate system and a central role in biology, the environment, and the economy of earth system. The source and original quantity of carbon in our planet is uncertain, as are the identities and relative importance of early chemical processes associated with planetary differentiation. Numerous lines of evidence point to the early and continuing exchange of substantial carbon between Earth's surface and its interior, including diamonds, carbon-rich mantle-derived magmas, carbonate rocks in subduction zones and springs carrying deeply sourced carbon-bearing gases. Thus, there is little doubt that a substantial amount of carbon resides in our planet's interior. Yet, while we know it must be present, carbon's forms, transformations and movements at conditions relevant to the interiors of Earth and other planets remain uncertain and untapped.

- Reviews key, general topics, such as carbonate minerals, the deep carbon cycle, and carbon in magmas or fluids

- Describes new results at the frontiers of the field with presenting results on carbon in minerals, melts, and fluids at extreme conditions of planetary interiors

- Brings together emerging insights into carbon's forms, transformations and movements through study of the dynamics, structure, stability and reactivity of carbon-based natural materials

- Reviews emerging new insights into the properties of allied substances that carry carbon, into the rates of chemical and physical transformations, and into the complex interactions between moving fluids, magmas, and rocks to the interiors of Earth and other planets

- Spans the various chemical redox states of carbon, from reduced hydrocarbons to zero-valent diamond and graphite to oxidized CO2 and carbonates

- Captures and synthesizes the exciting results of recent, focused efforts in an emerging scientific discipline

- Compiles the range of methods that can be tapped tap from the deep carbon community, which includes experimentalists, first principles theorists, thermodynamic modelers and geodynamicists

Carbon in Planetary Interiors will be a valuable resource for researchers and students who study the Earth's interior. The topics of this volume are interdisciplinary, and therefore will be useful to professionals from a wide variety of fields in the Earth Sciences, such as mineral physics, petrology, geochemistry, experimentalists, first principles theorists, thermodynamics, material science, chemistry, geophysics and geodynamics.