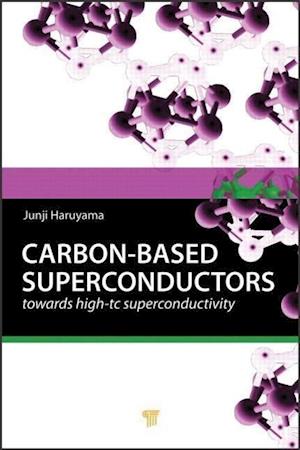 Superconductors (SCs) are attractive materials in all respects for any community. They provide a deep insight into the physical properties of the condensed matters and also have useful applications as ultra-low-power-dissipation systems that can help resolve the present energy problems. In particular, the recent advancement of carbon-based new superconductors (CNSCs) is significant. Before 2004, the superconducting transition temperature (Tc) of carbon-based SCs was below 1 K, except in fullerene clusters. However, in 2004, a Russian group discovered that diamond highly doped with boron could be an SC at Tc = 4 K. The following year, a group from Cambridge found that calcium-intercalated graphite could be an SC with Tc = 11.5 K. In 2006 and 2008, the editor's group from Japan also discovered that carbon nanotubes could be SCs at Tc = 12 K. Since then, research on CNSCs has increased notably.A small mass of carbon can produce high phonon frequency and high Debye temperature. Combining these with other specified properties of CNSCs (such as one-dimensional electronic states) is highly expected to open doors to high-Tc superconductivity like those of CuO2- and Fe-based SCs, which were the only SCs to show Tc > 40 K in the past. CNSCs, such as diamond, graphite, carbon nanotubes, fullerenes, and others, are a very attractive field of research, and this book is the first to describe their basic physics and the recent advances toward high Tc in this field.