indgår i serie GLOBALIZATION AND THE ENVIRONMENT 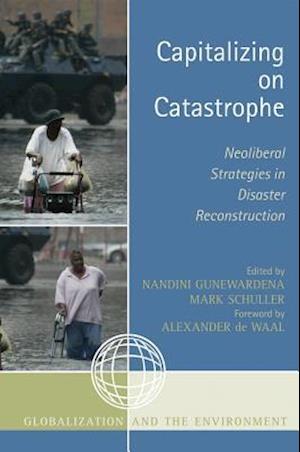 In Capitalizing on Catastrophe an international group of scholars and professionals critically examine how local communities around the world have prepared for and responded to recent cataclysms. The book's principal focus is the increasing trend to rely on the private sector to deal with natural disasters and other forms of large-scale devastation, from hurricanes and tsunamis to civil wars and industrial accidents. Called 'disaster capitalism' by its critics, the tendency to contract private interests to solve massive, urgent public problems may be inevitable but is extremely problematic_especially with respect to peoples who need help the most. Can private relief groups give the highest priority to potential and actual victims of large disasters, for example, if that means devoting fewer resources to protecting tourism and other profitable industries? The high-profile contributors to this volume straightforwardly tackle such timely and difficult questions of great public concern.

Forfattere
Bibliotekernes beskrivelse Capitalizing on Catastrophe critically explores the phenomenon of 'disaster capitalism,' in which relief efforts for natural disasters and other large-scale disruptions are contracted out to private companies.