Capitalism--its Nature and its Replacement 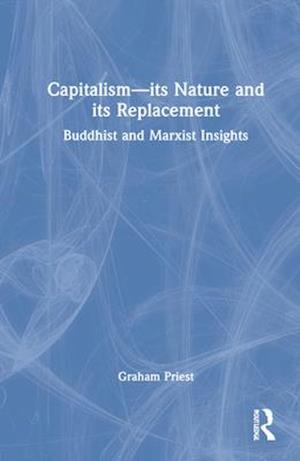 In this third decade of the 21st century, deep problems plague our world. Many people lack adequate nutrition, health care, and education, because-while there is enough wealth for everyone to meet these basic needs-most of it is tightly controlled by precious few. Global warming causes droughts, floods, rising sea levels, and soon the forced migrations of millions of people. In this book, philosopher Graham Priest explains why we find ourselves in this situation, defines the nature of the problems we face, and explains how we might solve and move beyond our current state. The first part of this book draws on Buddhist philosophy, Marx's analysis of capitalism, and their complementary role in explaining our present crisis and the events that led us here. In the second part of the book, Priest turns to the much harder question of how one might go about creating a more rational and humane world. Here, he draws again on Buddhist and Marxist ideas as well as some key aspects of anarchist thought. His discussion of the need for bottom-up control of production, power, ideology, and an emerging awareness of our interdependence is a must-read for anyone who cares about the future of the planet and our latent capacity to care for each other. Key FeaturesExplains the necessary elements of Marxist, Buddhist, and anarchist thought-no background knowledge of political theory or Buddhism is necessaryShows how Buddhist and Marxist notions of persons are complementaryConvincingly shows capitalism's role in creating current socio-economic problemsProvides an analysis of the corrosiveness of top-down power structures and why they should be eliminated in a post-capitalist state Discusses capitalism's role in war, environmental degradation, and race and gender-based oppression