Capitalism and the Political Economy of Work Time 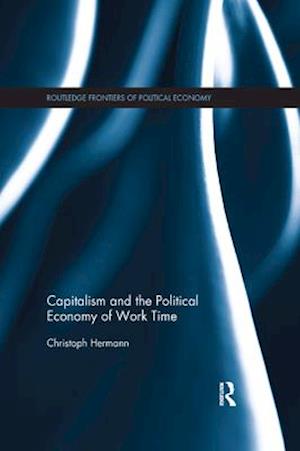 John Maynard Keynes expected that around the year 2030 people would only work 15 hours a week. In the mid-1960s, Jean Fourastie still anticipated the introduction of the 30-hour week in the year 2000, when productivity would continue to grow at an established pace. Productivity growth slowed down somewhat in the 1970s and 1980s, but rebounded in the 1990s with the spread of new information and communication technologies. The knowledge economy, however, did not bring about a jobless future or a world without work, as some scholars had predicted. With few exceptions, work hours of full-time employees have hardly fallen in the advanced capitalist countries in the last three decades, while in a number of countries they have actually increased since the 1980s. This book takes the persistence of long work hours as starting point to investigate the relationship between capitalism and work time. It does so by discussing major theoretical schools and their explanations for the length and distribution of work hours, as well as tracing major changes in production and reproduction systems, and analyzing their consequences for work hours. Furthermore, this volume explores the struggle for shorter work hours, starting from the introduction of the ten-hour work day in the nineteenth century to the introduction of the 35-hour week in France and Germany at the end of the twentieth century. However, the book also shows how neoliberalism has eroded collective work time regulations and resulted in an increase and polarization of work hours since the 1980s. Finally, the book argues that shorter work hours not only means more free time for workers, but also reduces inequality and improves human and ecological sustainability.