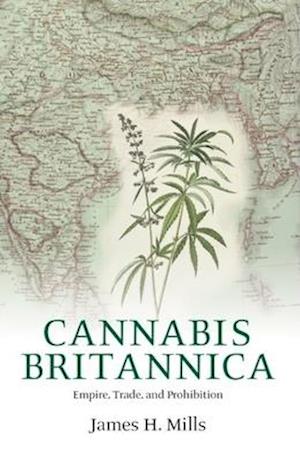 Cannabis Britannica explores the historical origins of the UK's legislation and regulations on cannabis preparations before 1928. It draws on published and unpublished sources from the seventeenth century onwards from archives in the UK and India to show how the history of cannabis and the British before the twentieth century was bound up with imperialism. James Mills argues that until the 1900s, most of the information and experience gathered by Britishsources were drawn from colonial contexts as imperial administrators governed and observed populations where use of cannabis was extensive and established. This is most obvious in the 1890s when British anti-opium campaigners in the House of Commons seized on the issue of Government of India excise duties onthe cannabis trade in Asia in order to open up another front in their attacks on imperial administration. The result was that cannabis preparations became a matter of concern in Parliament which accordingly established the Indian Hemp Drugs Commission. The story in the twentieth century is of the momentum behind moves to include cannabis substances in domestic law and in international treaties. The latter was a matter of the diplomatic politics of imperialism, as Britain sought to defend its cannabis revenues in India against American and Egyptian interests. The domestic story focuses on the coming together of the police, the media, and the pharmaceutical industry to form misunderstandings of cannabis that forced it onto the PoisonsSchedule despite the misgivings of the Home Office and of key medical professionals. The book is the first full history of the origins of the moments when cannabis first became subjected to laws and regulations in Britain.

Forfattere
Bibliotekernes beskrivelse The role of government in the regulation of cannabis is as hotly debated now as it was a century ago. In this lively study James Mills explores the historical background of cannabis legislation, arguing that the drive towards prohibition grew out of the politics of empire rather than scientific or rational assessment of the drug's use and effects. 8pp halftone plates