Candle for a Corpse (Mitchell & Markby 8) 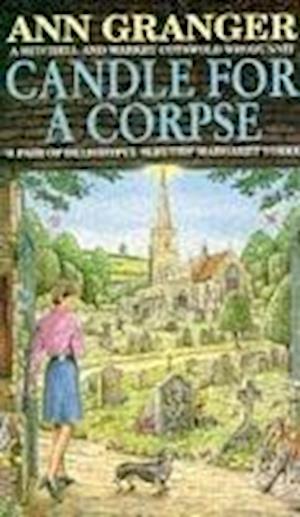 Secrets won't stay buried... Only now, twelve years after the mysterious disappearance of a teenage girl, will Mitchell & Markby begin to unravel the mystery in Candle for a Corpse, Ann Granger's eighth cosy Cotwolds crime novel in the Mitchell & Markby series. The perfect read for fans of Hamish McBeth, Agatha Christie and ITV's Midsomer Murders.'Enjoyable crime featuring credible characters in a recognisably real world' - Belfast Telegraph On an unseasonably chilly summer's day a macabre discovery is made in Bamford's ancient churchyard. A body, dead some twelve years, is unearthed in the Gresham family plot, too shallowly buried to be a legitimate interment, too recent to be the last Gresham officially laid to rest. Superintendent Alan Markby cannot resist the challenge to solve this twelve-year-old crime and suddenly his long-planned canal-barge holiday with Meredith Mitchell is in serious jeopardy. When the remains are identified as those of a local teenager, Kimberley Oates, reported missing at the time of the mysterious burial, his mind is made up. Her holiday postponed, to her secret relief, Meredith finds herself with more time than usual for village chat - and for a dinner party with the local MP that reveals more than either he or his formidable mother would like about his connection with the dead girl...What readers are saying about Candle for a Corpse:'If you like low key crime with plenty of humour and interesting characters and plot then you will enjoy this series!''Brilliant writer and a brilliant book''I feel like I know the heroine personally'

Forfattere
Bibliotekernes beskrivelse Candle of a Corpse is the eighth mystery in the gripping English village crime series by Ann Granger, combining intelligent plotting with warmth and humour