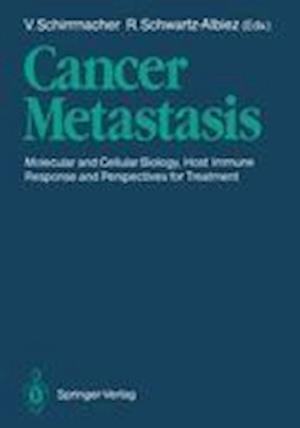 These are the Proceedings of the 2nd International Metastasis Congress of the Metastasis Research Society which took place in the town hall (Stadthalle) of Heidelberg, FRG, in September, 1988. This first Metastasis Congress in the FRG was organized in conjunction with the German Association of Cancer Research (SEK) of the German Cancer Society. The congress topic generated tremendous interest and attracted about 400 scientists from 22 countries. Most participants came from Europe, Israel, and the United States. Why did we organize the Metastasis Congress? Only about 50% of all people who develop some form of cancer are curable. Despite improved patient care and increasingly innovative and effective techniques for diagnosing and treating primary cancers, the development of secondary cancer colonies, i. e. , metastasis, can not be prevented and is the major cause of death. In the Federal Republic of Germany there are still as many as 160 000 cancer patients per year who succumb to their disease, often after periods of terrible suffering, and this overall figure is not improving. Partly because of the complexity of the process, basic research on metastasis has lagged behind other disciplines such as carcino genesis and cancer genetics. Metastasis formation involves the ability of malig nant cells to invade adjacent tissue and to penetrate into lymphatic or blood circulatory systems, or both, and to spread to near or distant sites to form new tumor colonies. Meanwhile, research on metastasis is receiving much attention.