- The Story of a Friendship and the Quarrel That Ended it 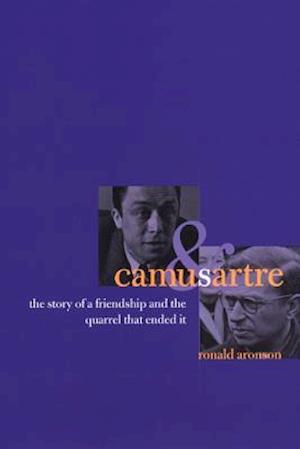 Albert Camus and Jean-Paul Sartre first met in 1943, during the German occupation of France. Intellectual as well as political allies, they grew famous overnight after Paris was liberated. But East West tensions began to strain their friendship as they evolved in opposing directions, disagreeing over philosophy, the responsibilities of intellectuals, and what sorts of political changes were necessary or possible. And while Sartre embraced violence as a path to change, Camus sharply opposed it, leading to a bitter and very public falling out in 1952, after which they never spoke again. Ronald Aronson chronicles this riveting story while demonstrating how Camus and Sartre developed first in connection with and then against each other, each keeping the other in his sights long after their break. Combining biography and intellectual history, philosophical and political passion, Camus and Sartre will fascinate anyone interested in these great writers or the world-historical issues that tore them apart.

Forfattere
Bibliotekernes beskrivelse The full story of the rupture between Albert Camus and Jean-Paul Sartre is described here as a falling out over fundamental differences of opinion regarding the use of violence as a path to change.