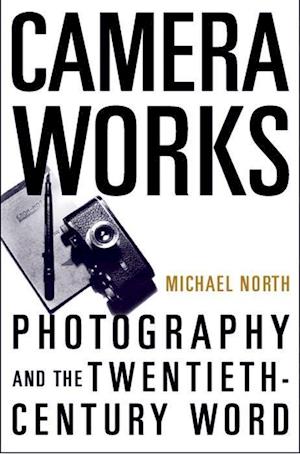 Camera Works is about the impact of photography and film on modern art and literature. For many artists and writers, these new media offered hope of new means of representation, neither linguistic nor pictorial, but hovering in a kind of utopian space between. At the same time, the new media introduced a dramatic element of novelty into the age-old evidence of the senses. For the avant-garde, the challenges of the new media were the modern in its mostconcentrated form, but even for aesthetically unadventurous writers they constituted an element of modern experience that could hardly be ignored.Camera Works thus traces some of the more utopian projects of transatlantic avant-garde, including the Readie machine of Bob Brown, which was to turn stories and poems into strips of linguistic film. The influence of photography and film on the avant-garde is traced from the early days of Camera Work, through the enthusiasm of Eugene Jolas and the contributors to his magazine transition, to the crisis created by the introduction of sound in the late 1920's. Subseguent chapters describe the entirely new kind of sensory enjoyment brought into modern American fiction by the new media. What Fitzgerald calls "spectroscopic gayety," the enjoyable diorientation of the senses by machine perception, turns out to be a powerful force in much American fiction. The revolutionary possibilities of this new spectatorship and its limitations are pursued through a number of examples, including Dos Passos, James Weldon Johnson, and Hemingway. Together, thesechapters offer a new and substantially different account of the relationship between modern American literature and the mediatized society of the early twentieth century. With a comprehensive introduction and detailed particular readings, Camera Works substantiates a new understanding of the formal and historical bases of modernism. It argues that when modern literature and art respond to modernity, on a formal level, they are responding to the intervention of technology in the transmission of meaning, an intervention that unsettles all the terms in the essential relationship of human consciousness to the world of phenomena.