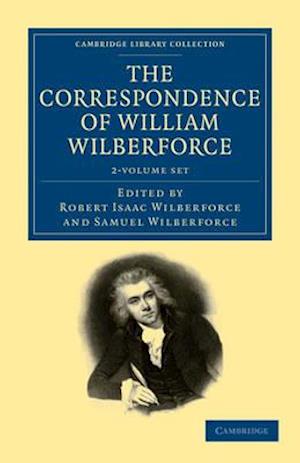 William Wilberforce (1759-1833) was a politician, philanthropist and evangelical Christian, now best known for his work to end the slave trade. Elected to Parliament in 1780, he campaigned unsuccessfully for penal and electoral reform. In 1787, at the encouragement of his friend William Pitt, he took up the cause of abolition at Westminster, while Thomas Clarkson and others collected evidence and mobilised popular opinion. Wilberforce also lobbied tirelessly for the cause, but humanitarian and ethical arguments were slow to overcome the economic interests of those who had made fortunes from the slave trade or the use of slave labour. It was not until 1807 that the Abolition Bill was finally passed. Wilberforce continued his work for the emancipation of slaves, and also campaigned for religious liberty. This work, edited by two of his sons and published in 1840, includes their reply to criticisms by Thomas Clarkson of their earlier biography.

Forfattere
Bibliotekernes beskrivelse William Wilberforce (1759-1833) was a politician, philanthropist and evangelical Christian, now best known for his work to abolish the slave trade. He devoted much of his life to the ending of slavery, and other moral and humanitarian causes. The letters were published in 1840 by two of his sons. Contains 2 Paperback / softbacks