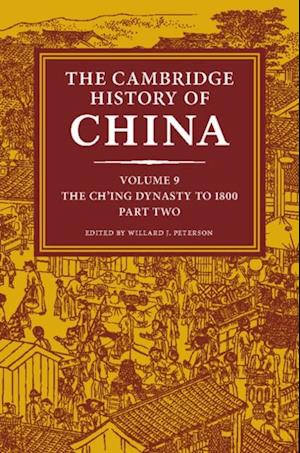 Volume 9, Part 2 of The Cambridge History of China is the second of two volumes which together explore the political, social and economic developments of the Ch'ing Empire during the seventeenth and eighteenth centuries prior to the arrival of Western military power. Across fifteen chapters, a team of leading historians explore how the eighteenth century's greatest contiguous empire in terms of geographical size, population, wealth, cultural production, political order and military domination peaked and then began to unravel. The book sheds new light on the changing systems deployed under the Ch'ing dynasty to govern its large, multi-ethnic Empire and surveys the dynasty's complex relations with neighbouring states and Europe. In this compelling and authoritative account of a significant era of early modern Chinese history, the volume illustrates the ever-changing nature of the Ch'ing Empire, and provides context for the unforeseeable challenges that the nineteenth century would bring.