Call of the Heart 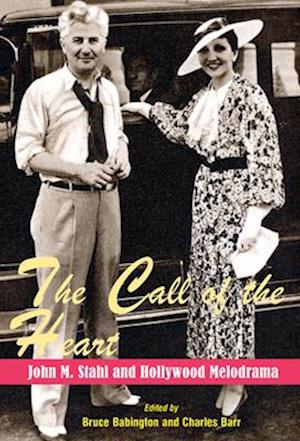 A study of an important but neglected director that 'fills many gaps and updates our knowledge of a major filmmaker of the silent period and beyond' (Positif).The profusion of research on film history means that there are now few Hollywood filmmakers in the category of Neglected Master, but John M. Stahl has been stuck in it for far too long. His strong association with melodrama and the 'woman's film' is a key to this neglect; those mainstays of popular cinema are no longer the object of critical scorn or indifference, but Stahl has until now hardly benefited from this welcome change in attitude.His remarkable silent melodramas were either lost or buried in archives, while his major sound films such as Imitation of Life and Magnificent Obsession, equally successful in their time, have been overshadowed by the glamour of the 1950s remakes by Douglas Sirk. Sirk is a far from neglected figure; Stahl's much longer Hollywood career deserves attention and celebration in its own right, as this book definitively shows.Drawing on a wide range of film and document archives, scholars from three continents come together to cover Stahl's work, as director and also producer, from its beginnings during World War I to his death, as a still active filmmaker, in 1950. Between them they make a strong case for Stahl as an important figure in cinema history, and as author of many films that still have the power to move their audiences.