Caligula and Other Plays 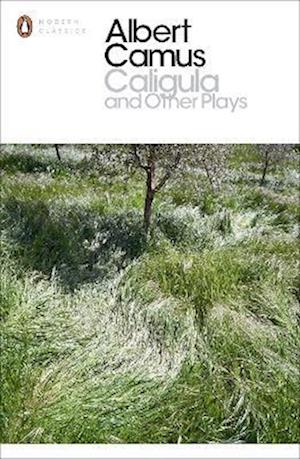 Caligula reveals some aspects of the existential notion of 'the absurd' by portraying an emperor so mighty and so desperate in his search for freedom that he inevitably destroys gods, men and himself. The dramatic impetus of Cross Purpose, however, comes from the tension between consent to and refusal of man's absurdity; it is the tragedy of a man who returns home to his mother and sister without revealing his identity to them. By the time of The Just and The Possessed, refusal and rebellion have taken over, and in these overtly political plays (the latter based on Dostoyevsky's The Devils) Camus dramatizes action and revolt in the name of liberty.Albert Camus was born in Algeria in 1913. His play, Caligula, appeared in 1939. His first two important books, L'Etranger (The Outsider) and the long essay Le Mythe de Sisyphe (The Myth of Sisyphus), were published when he returned to Paris. After the war he devoted himself to writing and established an international reputation with such books as La Peste (The Plague 1947), Les Justes (The Just 1949) and La Chute (The Fall; 1956). He was awarded the Nobel Prize for Literature in 1957. He was killed in a road accident in 1960.

Forfattere
Bibliotekernes beskrivelse Reveals some aspects of the existential notion of 'the absurd' by portraying an emperor so mighty and so desperate in author's search for freedom that he inevitably destroys gods, men and himself.