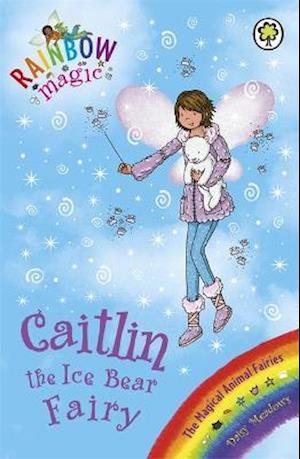 Get ready for an exciting fairy adventure with the no. 1 bestselling series for girls aged 5 and up. The Magical Animal Fairies look after seven young Magical Animals, and train them to use their powers wisely, for the good of Fairyland and the human world. But the animals have been stolen! Can Rachel and Kirsty help the Magical Animals before their powers cause chaos? 'These stories are magic; they turn children into readers!' ReadingZone.com Read all seven fairy adventures in the Magic Animal Fairies set! Ashley the Dragon Fairy; Lara the Black Cat Fairy; Erin the Firebird Fairy; Rihanna the Seashorse Fairy, Sophia the Snow Swan Fairy; Leona the Unicorn Fairy; Caitlin the Ice Bear Fairy. If you like Rainbow Magic, check out Daisy Meadows' other series: Magic Animal Friends and Unicorn Magic!

Forfattere
Bibliotekernes beskrivelse Get ready for an exciting fairy adventure with the no. 1 bestselling series for girls aged 5 and up.