Caesar Kleberg and the King Ranch

- A Vision for Wildlife Conservation in Texas 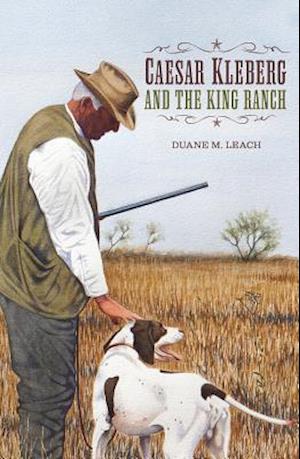 In this tribute to a pioneer conservationist, Duane M. Leach celebrates the life of an exceptional ranch manager on a legendary Texas ranch, a visionary for wildlife and modern ranch management, and an extraordinarily dedicated and generous man.

Caesar Kleberg went to work on the King Ranch in 1900. For almost thirty years he oversaw the operations of the sprawling Norias division, a vast acreage in South Texas where he came to appreciate the importance of rangeland not only for cattle but also for wildlife.

Creating a wildlife management and conservation initiative far ahead of its time, Kleberg established strict hunting rules and a program of enlightened habitat restoration. Because of his efforts and foresight, by his death in 1946 there were more white-tailed deer, wild turkey, bobwhite quail, javelinas, and mourning dove on the King Ranch than in the rest of the state.

Kleberg's legacy lives on at the Caesar Kleberg Wildlife Research Institute in Kingsville, where a research program he helped found has gained recognition far beyond the pastures of Norias.