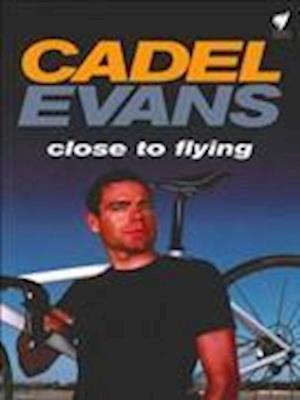 This is the personal story of a champion in the making. Physiologically CadelEvans has the best numbers of any cyclist tested at the Australian Institute ofSport, the organisation that is behind Australia's super stars in international sport. He was considered to be potentially one of the world's best; and that's exactlywhat Cadel has become. Few noticed him in his first Tour de France when inthe last week he was photographed on the final climb of the stage alongside theleaders Lance Armstrong and Ivan Basso. But he was determined to succeed, andthat year he finished eighth. By 2006 he was fifth overall and in 2007 he lost toAlberto Contador by a mere 23 seconds. But who is this dedicated sportsman? And what has been his formula for success? Cadel was first noticed in 1994 whenhe rode to fifth position in a cross country race. Since his teens he has been aprofessional cyclist - half his life. He is a competitor who refuses to allow ego todictate strategy. Today he receives a monthly program that sets out his scheduleday-by-day.It outlines in intricate detail the required elements that are to befulfilled: how many hours, what percentage should be spent at various heart ratethresholds, specific cadences, the length of time he should be climbing, and soon. Cadel's regime starts in November and will reach it's end point in July. Nomatter what the weather the regime is followed to the letter. Everything is donewith purpose even his diet. The daily routine is simple but rigid. Cadel Evans: Close to flying is the behind the scenes story of the extraordinarydedication and hard work it takes to reach the highest level of elite sport. Cadelgives us a glimpse of the physical and psychological tests that are required to bethe best, whilst giving an illuminating and fascinating look at the Tour de France- the teams; the climbs; the politics and the opponents that make it the mostrenowned cycling race in the world

Forfattere
Bibliotekernes beskrivelse In 2009 Cadel Evans became the first Australian to win the UCI Road World Championships cycling event in Mendrisio, Switzerland. This is the personal story of a champion in the making. Physiologically Cadel Evans has the best numbers of any cyclist tested at the Australian Institute of Sport. col. Illustrations