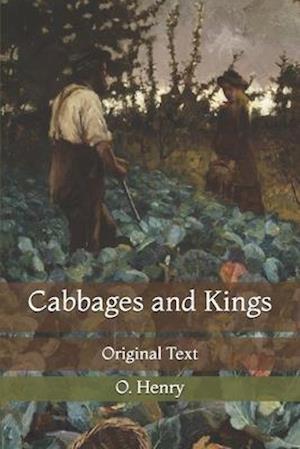 Willard Geddie, consul for the United States in Coralio, was working leisurely on his yearly report. Goodwin, who had strolled in as he did daily for a smoke on the much coveted porch, had found him so absorbed in his work that he departed after roundly abusing the consul for his lack of hospitality."I shall complain to the civil service department," said Goodwin;-"or is it a department?-perhaps it's only a theory. One gets neither civility nor service from you. You won't talk; and you won't set out anything to drink. What kind of a way is that of representing your government?"Goodwin strolled out and across to the hotel to see if he could bully the quarantine doctor into a game on Coralio's solitary billiard table. His plans were completed for the interception of the fugitives from the capital; and now it was but a waiting game that he had to play.The consul was interested in his report. He was only twenty-four; and he had not been in Coralio long enough for his enthusiasm to cool in the heat of the tropics-a paradox that may be allowed between Cancer and Capricorn.So many thousand bunches of bananas, so many thousand oranges and cocoanuts, so many ounces of gold dust, pounds of rubber, coffee, indigo and sarsaparilla-actually, exports were twenty per cent. greater than for the previous year!