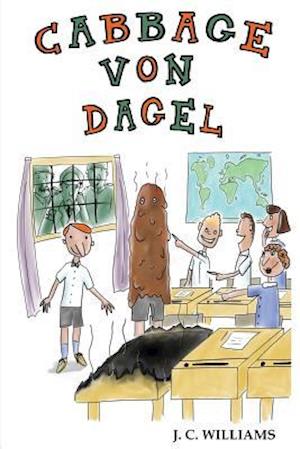 'Fun, lively and original?????''A great read out loud story. Going to read it to my class at school.''Great little book. One for kids of all ages 'If you're looking to find a book your children will fall in love with, this is it. It's an enthralling, roller coaster of action, adventure with a touch of magic and wonderful humour. It was 1939 and Britain is on the brink of War with Germany.

A highly secretive agency formed in the last Great War could be the difference between success and defeat. The sudden arrival of a stranger in the sleepy town of Evesham was unusual; particularly one with seemingly magic powers. The mysterious Cabbage Von Dagel would throw Henry Maggin directly into the war effort and see them shipped to the Isle of Man where enemies of the state were housed. Traditional weapons wouldn't win this war - the victor would have to think outside the box. Between them, they could be the last line of defence to repel the German invasion - failure was simply not an option. Your children will love the adventures of the wonderful, Cabbage Von Dagel