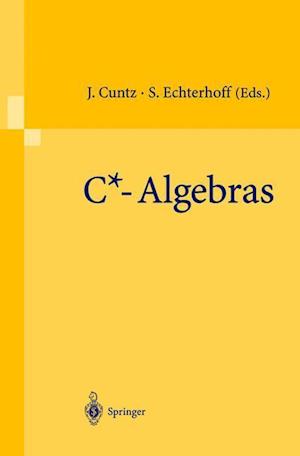 This book contains a collection of articles provided by the participants of the SFB-workshop on C*-algebras, March 8 - March 12, 1999 which was held at the Sonderforschungsbereich "Geometrische Strukturen in der reinen Mathematik" of the University of Munster, Germany. The aim of the workshop was to bring together leading experts in the theory of C* -algebras with promising young researchers in the field, and to provide a stimulating atmosphere for discussions and interactions between the participants. There were 19 one-hour lectures on various topics like - classification of nuclear C* -algebras, - general K-theory for C* -algebras, - exact C* -algebras and exact groups, - C*-algebras associated to (infinite) matrices and C*-correspondences, - noncommutative prob ability theory, - deformation quantization, - group C* -algebras and the Baum-Connes conjecture, giving a broad overview of the latest developments in the field, and serving as a basis for discussions. We, the organizers of the workshop, were greatly pleased with the excellence of the lectures and so were led to the idea of publishing the proceedings of the conference. There are basically two kinds of contributions.On one side there are several articles giving surveys and overviews on new developments and im- portant results of the theory, on the other side one finds original articles with interesting new results.

Forfattere
Bibliotekernes beskrivelse These are refereed proceedings of the SFB Workshop on C*-algebras which was held at Munster in March 1999. It contains articles by researchers on the subject of C*-algebras about developments in the field of C*-algebra theory and its connections to harmonic analysis and noncommutative geometry. biography