- The First Volume of the Colonel Pyat Quartet 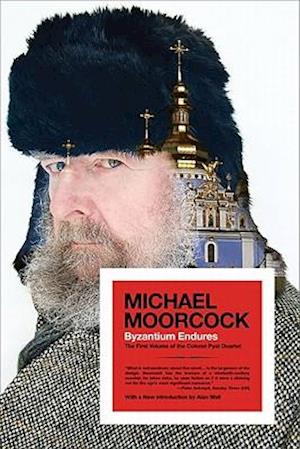 Meet Maxim Arturovitch Pyatnitski, also known as Pyat. Tsarist rebel, Nazi thug, continental conman and reactionary counterspy: the dark and dangerous antihero of Michael Moorcock's most controversial work. Published in 1981 to great critical acclaim--then condemned to the shadows and unavailable in the United States for 30 years--Byzantium Endures, the first of the Pyat quartet, is not a book for the faint-hearted. It is the story of a cocaine addict, sexual adventurer, and obsessive anti-Semite whose epic journey from Leningrad to London connects him with scoundrels and heroes from Trotsky to Makhno and whose career echoes that of the 20th century's descent into fascism and total war. This is Moorcock at his audacious, iconoclastic best: a grand sweeping overview of the events of the last century, as revealed in the secret journals of modern literature's most proudly unredeemable outlaw. This authoritative edition presents the author's final cut, restoring previously forbidden passages and deleted scenes.