- Texts in Translation, with Introductions and Notes 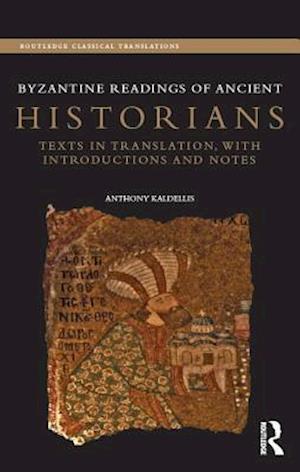 The survival of ancient Greek historiography is largely due to its preservation by Byzantine copyists and scholars. This process entailed selection, adaptation, and commentary, which shaped the corpus of Greek historiography in its transmission. By investigating those choices, Kaldellis enables a better understanding of the reception and survival of Greek historical writing.Byzantine Readings of Ancient Historians includes translations of texts written by Byzantines on specific ancient historians. Each translated text is accompanied by an introduction and notes to highlight the specific context and purpose of its composition. In order to present a rounded picture of the reception of Greek historiography in Byzantium, a wide range of genres have been considered, such as poems and epigrams, essays, personalized scholia, and commentaries. Byzantine Readings of Ancient Historians is therefore an important resource for scholars and students of ancient history.