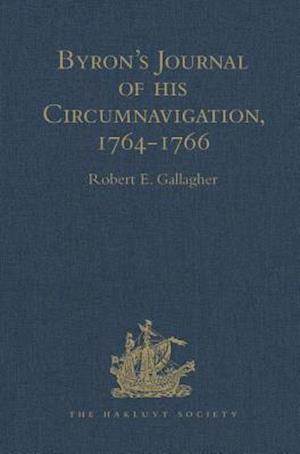 In 1764 the Hon. John Byron was commissioned by the Admiralty to sail to the South Atlantic to search for Pepys's Island and the Southern Continent. He was then to continue into the Pacific itself and look for a possible North-west passage. Although he rediscovered the Falkland Islands, it was after the French had done so under Bougainville, and he made no attempt to search for a North-west passage at all, but sailed straight on round the world, making no discoveries of any importance. The journal which Byron kept during his voyage has been edited and annotated by Dr Gallagher. In his Introduction he describes earlier voyages of a similar nature and sketches the background to this voyage. He assesses Byron's achievement and considers why he disobeyed his orders. Apart from the Journal, the Admiralty's 'secret instructions' to Byron are also printed here, as well as Byron's letter to the Admiralty explaining why he was sailing straight on. There is an appendix by Dr Helen Wallis on the Patagonian giants. This is a new print-on-demand hardback edition of the volume first published in 1964.