By The Wall: The story of Hansa Studios Berlin 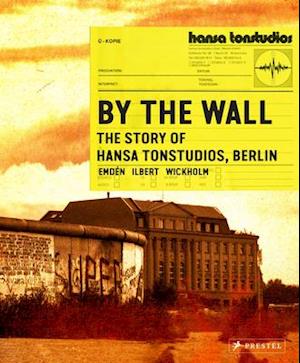 Hansa Studios is situated in a former opera house that was, in turn, a 1920s cabaret, the performance hall of the State Chamber Orchestras of the Third Reich, partly demolished by allied bombs, and all but abandoned with the construction of the Berlin Wall. It was reclaimed by the genius Meisel brothers in 1974, and became the legendary studio it's known as today. This photographic history includes images from renowned music photographers Anton Corbijn, Michael Heeg, Michael Putland, Jim Rakete, and others. The book features many previously unpublished shots of David Bowie, Iggy Pop, Depeche Mode, Nick Cave and Bad Seeds, Siouxsie and the Banshees, and U2-recording and hanging out. It also presents music ephemera such as mics, sound boards, session notes, and historic recording equipment that feels both antique and fresh. Revealing interviews with producers Tony Visconti and Gareth Jones, musicians Mick Harvey and Barry Adamson, and others, offer behind-the-scenes takes on what made Hansa such a special place, and why so many artists recorded there.