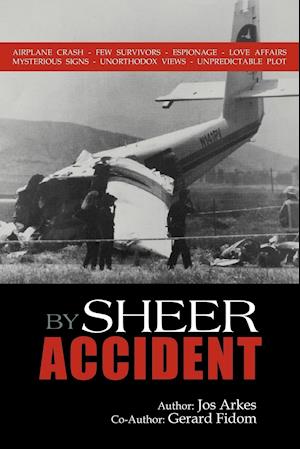 Two friends, Jens and Gary, both Dutch, travel in 1992 to California for a sports training camp and are involved in a devastating plane crash. They barely survive; out of the twenty-two people on board sixteen are killed, including two of their Dutch team mates. A young Dutch woman, who unknowingly belongs to a subculture guided by underground powers, is indirectly involved in the accident. Back home she tries to find the Dutch survivors. Jens and Gary experience the most difficult period of their life; having to deal with the grief of losing their friends and recovering from severe injuries. In the period after the accident, their lives start changing. They are caught up in events they never thought possible. Jens and Gary meet occasionally. In intense discussions they discover that not all is what it seems. Twelve years after the accident, several striking signs draw Jens' attention. "Too many to be just coincidental", he decides. "Is someone trying to tell me something? Does Gary have a point after all?", he wonders. In 2012, a remembrance day is organized at the crash site. Back in California Jens meets a presumed lost friend. This event explains to him why things have happened, and why certain people have played a part in his life. He is shocked by what he hears about mysterious tribes and clans who guide and influence us earthly inhabitants. It all unfolds in a thrilling vision on the origin of mankind, the society and our greatest threat. BY SHEER ACCIDENT is based on many true events experienced by the writers themselves.