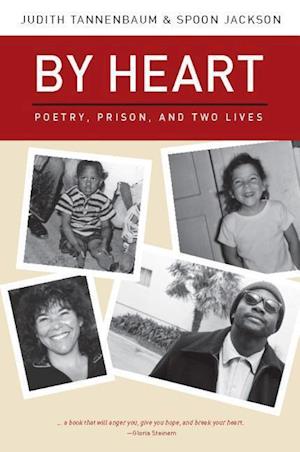 A two-person memoir that explores education, prison, possibility, and which children our world nurtures and which it shuns. At the books core are two stories that speak up for human imagination, spirit, and the power of art. "A boy with no one to listen becomes a man in prison for life and discovers his mind can be free. A woman enters prison to teach and becomes his first listener. And so begins a twenty-five year friendship between two gifted writers and poets. The result is By Heart a book that will anger you, give you hope, and break your heart."- Gloria SteinemJudith Tannenbaum and Spoon Jackson met at San Quentin State Prison in 1985. For over two decades they have conferred, corresponded and sometimes collaborated, producing very different bodies of work resting on the same understanding: that human beings have one foot in darkness, the other in light.In this beautifully crafted exploration, part memoir, part essay, Tannenbaum and Jackson consider art, education, prison, possibility, and which children our world nurtures and which it shuns. At the book's core are two stories that speak for human imagination, spirit, and expression.Judith Tannenbaum is a nationally respected educator, speaker, and author. Among her books are the memoir, Disguised as a Poem: My Years Teaching Poetry at San Quentin; two books for teachers: Teeth, Wiggly as Earthquakes: Writing Poetry in the Primary Grades and (with Valerie Chow Bush) Jump Write In! Creative Writing Exercises for Diverse Communities, Grades 6-12; and six poetry collections. She currently serves as training coordinator with WritersCorps in San Francisco.Born into a family of fifteen boys in Barstow, California, Spoon Jackson was sentenced to Life Without Possibility of Parole when he was twenty years old. Spoon discovered himself as a writer at San Quentin; played Pozzo in the prison's 1988 production of Waiting for Godot; and has written, published, and received awards for plays, poetry, novels, fairy tales, short stories, essays, and memoir during the more than thirty years he has been behind bars. His poems are collected in Longer Ago.