- A History of Campaign Finance Reform 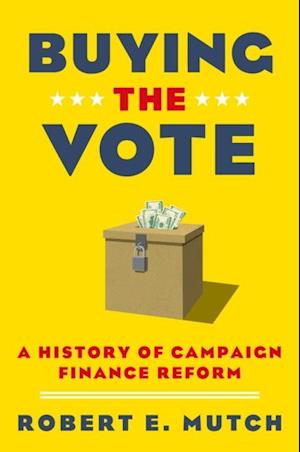 Are corporations citizens? Is political inequality a necessary aspect of a democracy or something that must be stamped out? These are the questions that have been at the heart of the debate surrounding campaign finance reform for nearly half a century. But as Robert E. Mutch demonstrates in this fascinating book, these were not always controversial matters. The tenets that corporations do not count as citizens, and that self-government functions best by reducing political inequality, were commonly heldup until the early years of the twentieth century, when Congress recognized the strength of these principles by prohibiting corporations from making campaign contributions, passing a disclosure law, and setting limits on campaign expenditures. But conservative opposition began to appear in the 1970s. Well represented on the Supreme Court, opponents of campaign finance reform won decisions granting First Amendment rights to corporations, and declaring the goal of reducing political inequality to be unconstitutional. Buying the Vote analyzes the rise and decline of campaign finance reform by tracking the evolution of both the ways in which presidential campaigns have been funded since the late nineteenth century. Through close examinations of major Supreme Court decisions, Mutch shows how the Court has fashioned a new and profoundly inegalitarian definition of American democracy. Drawing on rarely studied archival materials on presidential campaign finance funds, Buying the Vote is an illuminating look at politics, money, and power in America.